There's No Theology Without Prayer 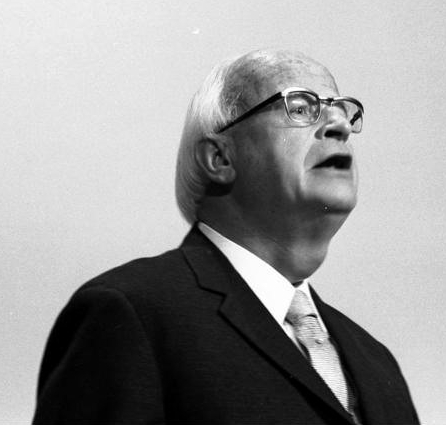 It’s about fifteen years since I first read Helmut Thielicke’s masterful work “A Little Exercise for Young Theologians” (first English publication was 1962). I have read it at least biannually ever since: it usually takes an afternoon to get through, followed by a week or two for recovery and application! His wisdom is at once simple and profound; his manner simultaneously pastoral and commanding. Thielicke was a churchly theologian who knew the power and responsibility of theological study. It is not something to be undertaken lightly — for it trains those who are called to serve the people of God; nor should it be worn too heavily — for its speech about God is contingent.

This time in reading it I have been struck by Thielicke’s remarks about prayer as the proper context for theological study. It’s not a new idea, and is certainly something we pursue at St Mellitus College. But there’s a freshness in the way Thielicke expresses himself:

“Faith must mean more to us than a mere commodity stored in the tin cans of reflection or bottled in the lecture notebook, whence at any time it my be reproduced by the brain."

His objection, which I share, is to the static and archival trap of some kinds of theolgical study, where what was once the lively focus of our Christian faith and life becomes confined by our concepts, entrapped by our langauge, and thus deadened. Such theology comes about because it ceases to happen in the second person address of the prayerful Christian, but solely takes the form of third person observations about God. God becomes the object of our theologizing, rather than, as Karl Barth would have it, the proper Subjective ground of our thinking and speaking — the basis on which we theologize. For the latter to be true the spiritual life — in particular, the prayer life — of the theologian is all important. As Thielicke puts it here, “essentially dogmatic theology is theology which is prayed.” The prayer-connection between individuals and God is the substance of the relationship which encourages  theologians to speak truly of God, Father Son and Holy Spirit, and not of someone else, for such is the essence of theology. Theologians speak of God, the true and living God, as we are permitted and enabled to do so. But first, Thielicke would say, we must speak to God.


Of course, there is a certain circularity in this: we all have an implicit theology about God which informs our prayers, no matter how much we recognize it to be true. And even confessional theology which is deeply orthodox and biblical is at best a human craft and work which cannot bear the full weight of scrutiny. But there is something about the openness required by a praying theologian to recognise God’s absolute freedom to be and therefore the limitations of human speech, as well the trajectory of prayerfilled theologizing, which makes all the difference to her theological output: praying theologians speak *to* God as well as *about* God, thus recognising God to be a person who is real, and free, and alive, and about whom, therefore, we may discover more only in the conext of (personal and communal) relationship. In speaking to God, and in hearing God speak to us, we are better placed to speak about God for the Church and the world. Thielicke writes,

”How all-important it is that a vigorous spiritual life, in close association with the Holy Scriptures and in the midst of the Christian community, be maintained as a backdrop to theological work, and that the unformed shadows of thought always derive their lifeblood from that source…"

It mattered to Thielicke that what enlived faith and gave birth to a vigorous prayer life was not to be found axiomatically within the theologian, but in the work of the living God who speaks in and through the human words of Scripture, and who is present and active in the community of the Church. We may speak, but only because we have first been spoken to, chielfy in Jesus Christ, but subsequently in the witness of Scripture and in the company of Christ’s people. In both contexts the posture of the praying theologian is one of hands and heart and ears open. Only then can s/he be equipped to speak, however faulteringly, to God and about God. Here too, in this context of prayer and worship, our unformed shadowy thoughts are given some light and we see their shape: prejudices, assumptions, wrongheaded ideas, and shortsightedness about God get put right, and good but half-baked thoughts get developed and matured into something better.